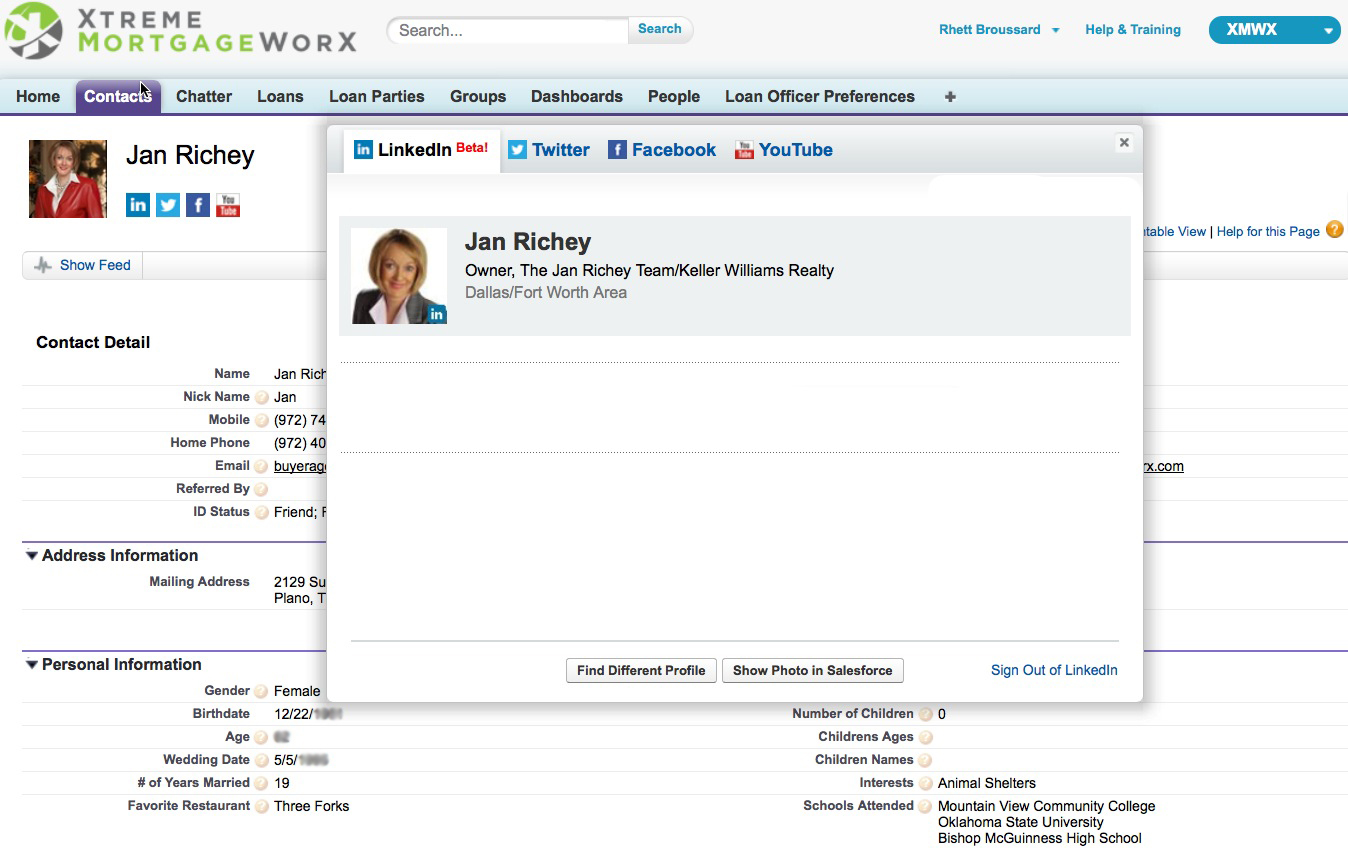 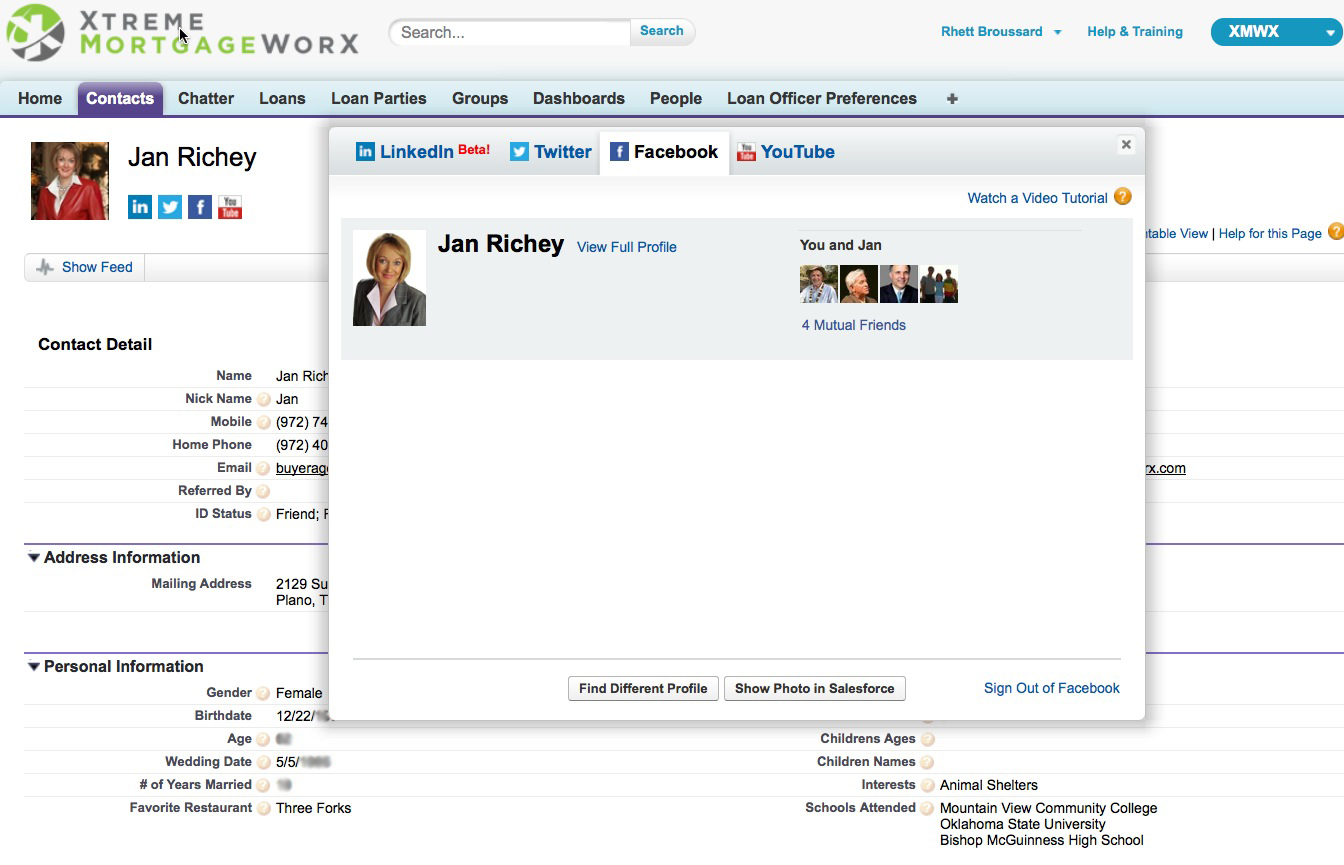 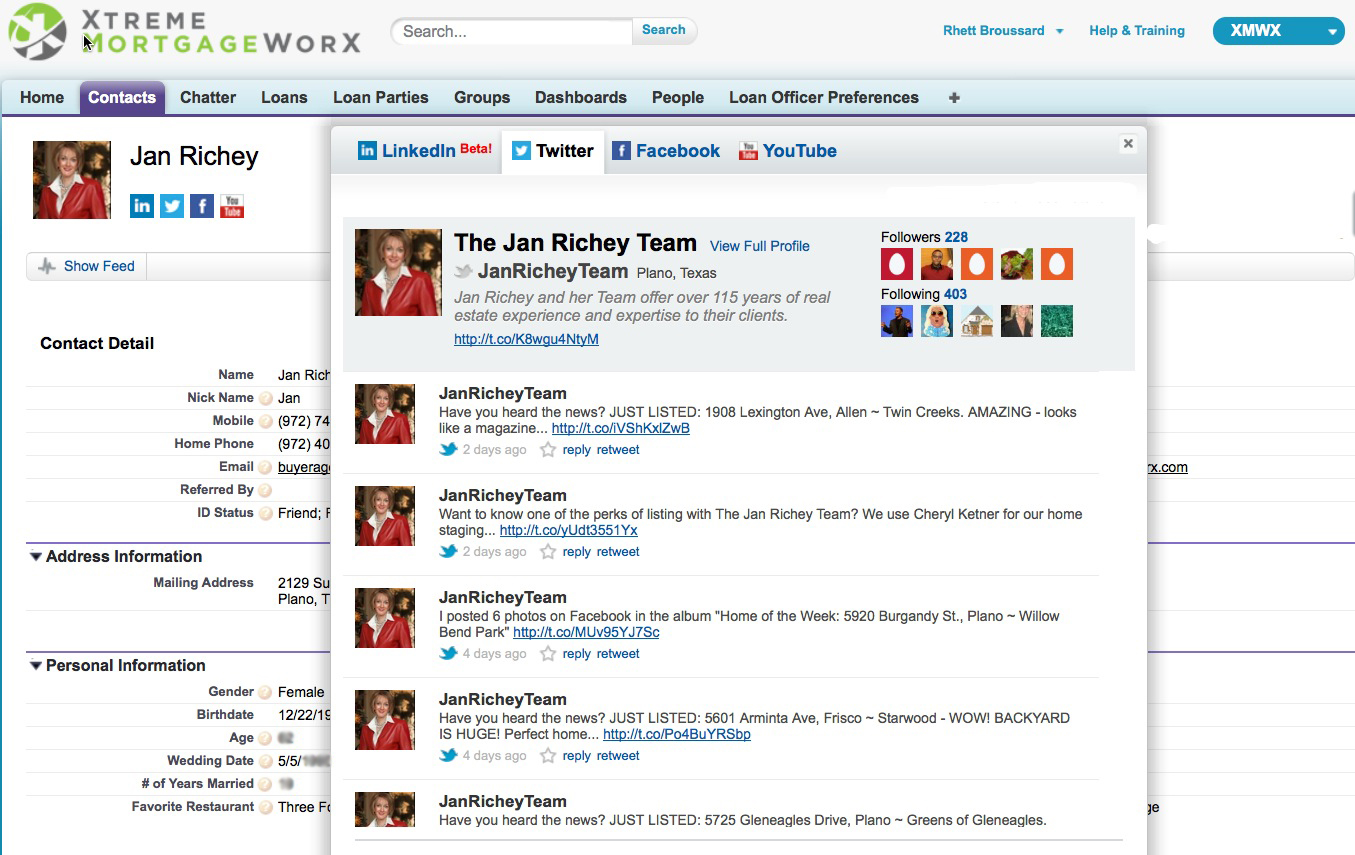 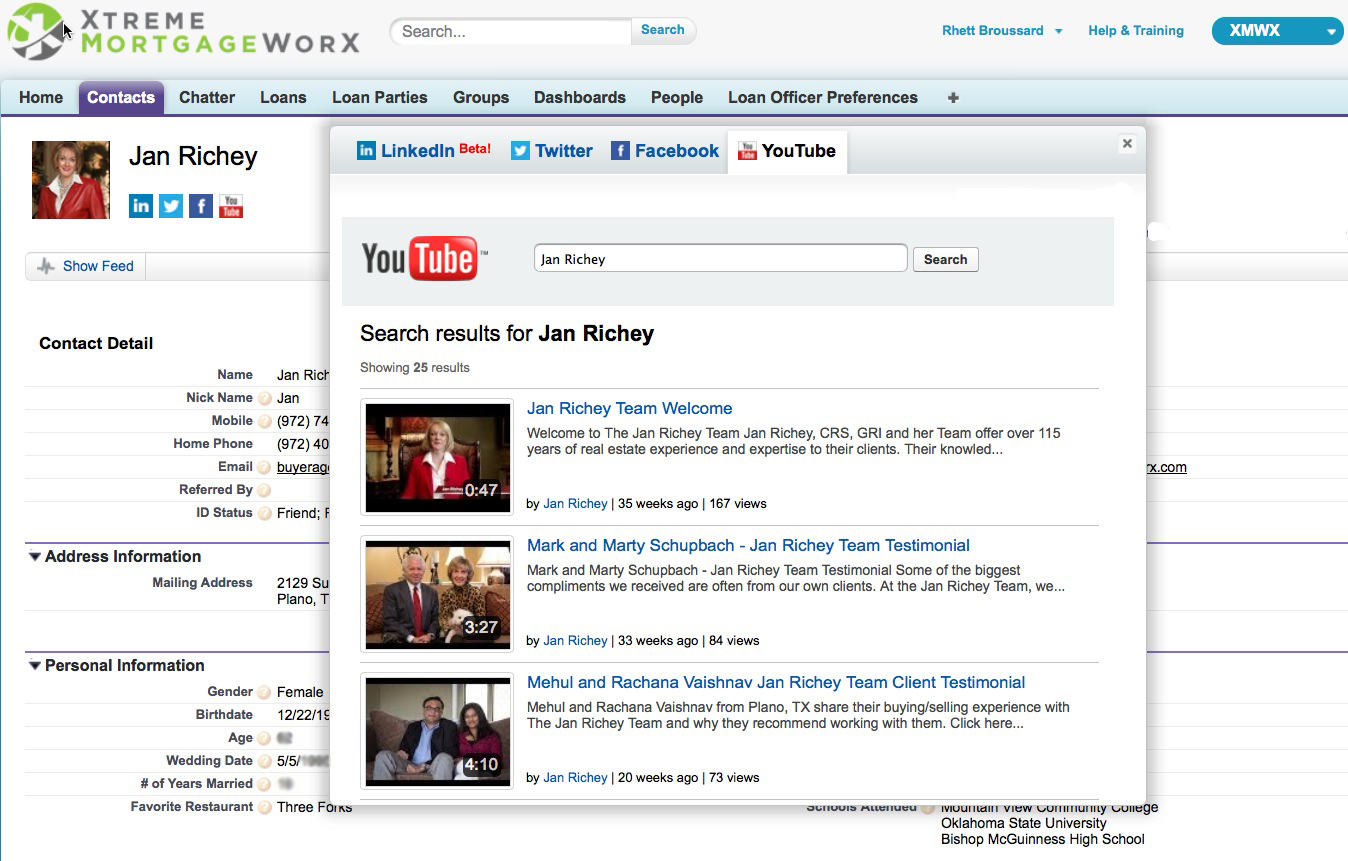 TAP THE POWER OF SOCIAL MEDIA

You may be among the tens of millions of people today who use social media sites on a daily basis. Consider these facts: What’s more, it’s overwhelmingly adults who are active on these sites, not kids. Individuals who are at least 30 years old comprise 55% of Twitter users, 62% of YouTube users, 65% of Facebook users, and a whopping 80% of all LinkedIn users. That makes social media a prime resource for relationship building and business intelligence.

Clearly, who you know – and what you know about them – can have a huge influence on your success. That’s why XtremeMortgageWorX builds in social media seamlessly as a key strategic tool. This powerful solution connects with LinkedIn, Facebook, Twitter and YouTube directly from users’ contact records, so you can readily access and apply information on friends, fans and followers. This benefits individuals and teams across the company – from loan officers to Marketing to Human Resources to Customer Service. Because social media profiles are built on relationships, they are essential to doing business today. Capitalize on the social media capabilities of XtremeMortgageWorX to:

SUPERCHARGE RESULTS WITH SOCIAL MEDIA AT YOUR FINGERTIPS

Harness the power of XtremeMortgageWorX to tap social media resources without having to log in and out of separate sites. Stay more organized and productive by incorporating valuable information right into your contacts and communications tools. Request information today to find out how how your company will benefit from XtremeMortgageWorX and its built-in social media capabilities.

What Your Peers Are Saying...

Xtreme MortgageworX is the most comprehensive CRM and marketing engine in the mortgage space ...

As a senior mortgage loan originator, my number one priority is our clients’ experience …

Finally! After 12 years of originating, I have found a CRM that does it all! As a busy ...

Effortless Marketing: The ready-to-use marketing platform keeps you squarely in front of your target audience. click for more here

Accelerated ROI: Eliminate the manual steps to get more done, while shining a spotlight on the performance of every process. click for more here

Custom-Tailored: Designed, developed and used by the top lending mortgage performers with an understanding of the loan progression.

Connect Anywhere: All your information is in the cloud so you can access your tasks, calendar, contacts and dashboards from any wired device. click for more here

Social Media Connection: Clearly, the people you know – and what you know about them – can make a huge difference in your success.click for more here

CONNECT:
Communicate with clients, prospects & your team from anywhere at anytime.
Learn More

GROW:
Marketing tools that keep you relevant to your clients & prospects.
Learn More